For MIKA and FREEK.


The Minus meets the Plus, the Day the Night, the Summer the Winter, the Low Tide the High, Frost the Thaw, the Left Hand the Right, the Yin Yang.

Inhalation the Exhalation, You Know, the Movement of Breath, Reveals the TRUE Nature of ALL what IS and who I AM.

Heaven met Earth on the Day that Freek met his last exhalation, in this Life, after he had inhaled, and left for his trip to a Borderless Dimension, as a Point of Infinity, into the Aurora Borealis and beyond, where Darkness becomes ONE with the Heavenly Light.

On the 7th of April 1997, almost 4 years before the start of the 21st Century (the 21st Century began in 2001 of course), I was trying to find my way in the Jungle near Tepotzlan, 100 km south of Mexico City, Tepotzlan, a small city where the inhabitants had chased away the police, because they were corrupt, and as evil as the mobsters!


For some hours I had lost my way in the dense woods, while I was climbing the mountain, then there was this high cliff, impossible to get on to. I had to find another path. From afar I saw the PYRAMID of the God Tepotzteco I wanted to reach in time, because on the same day I had to go down the mountain, back to the safety of the policeless city.
Finally, after lots of sweat I saw a tall steel ladder, which took me on top of the pyramid. There was nobody there, apart from the guard. I took out some food, water, and my writing pad, I enjoyed the magnificent view. Suddenly, I saw two eagles above the tree tops, flying their Love Dance. The only thing I needed to do, was write down what I observed, here it is:
As you know the EAGLE'S EYE is the DOOR of perception. 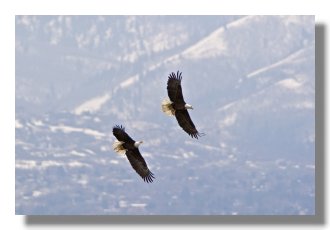 Eagles soaring through the air over mountainous terrain.


Two birds above the mountain
gliding high towards the sky
in opposite directions.
Then approaching each other
on top speed.

In final union
one bird flies off into the universe,
on its way to the stars.

Vanishing forever
while the sun is disappearing behind the horizon,
to come back the next morning.
To enlighten a new day
and another two birds above the mountain
gliding high...towards the sky. 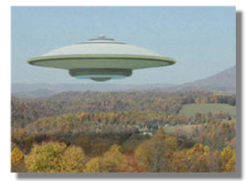 I had the honour on the day that Freek physically left this planet, to recite The Unibird, in the presence of his Japanese girlfriend Mika, his family and friends.

I learned over the years since I wrote The Unibird, that this true story is true on many levels: terrestrial, extraterrestrial, dimensional, extra-dimensional, universal and multi-universal!

In 1997 I was in Ecuador in the city Quito. In the morning in my hotel, being still in bed, and awake I looked at a beautiful poster on the wall of the vulcano The Tungurahura. I wondered what this word “Tungurahua” could mean. Two hours later I got the answer together with a DVD of that vulcano, it was given to me by the italian priest Ivanov Zanovelli. He works for the poorest children in Quito, takes care of them, gives them a life of dignity together with his assistants. We had an appointment in his office, I promised to bring him my DVD of the TV program from the year 2000, "A Big Step in Our Evolution", you can find it on the internet, Youtube/Google my name. This program is about the fact that we are not the only "intelligent beings" in the Universe.

The scientist Keshe states that ONENESS/UNITY is the major characteristic of the UNIVERSE and can never be disturbed or destroyed. Only in the mind, change your mind!

You can find Keshe on the Internet, he is GREAT!

ENJOY TO BE HAPPY!

GUIDO - If you utter my name 'Guido', you say: "I am at the steering-wheel, I am in charge." Take the lead!

P.S.
In August 1998, a copy of The Unibird has been given to Bill Clinton at the White House by a former member of my family, Douglas Steiner. It seems that in the past a flying saucer landed on the lawn of the White House?